On Wednesday, January 25, members of the Legislative Women's Caucus and their staff join leaders in child care from around the state to discuss the challenges faced by providers and families in California.

We, the Legislative Women’s Caucus, write to express our serious concerns with the recent acts of violence committed by UFC President Dana White.

The Caucus has written a letter to Ari Emanuel, CEO of Endeavor, controlling interest of Ultimate Fighting Championship, regarding the recent conduct of its President Dana White. Mr. White was captured on video on New Year's Eve in Cabo San Lucas, Mexico, in which he can be seen striking his wife, Anne White, multiple times. In the letter, the Caucus calls for President White to be removed from his position in light of his recent conduct.

In honor of the 50th Anniversary of Title IX, the Legislative Women's Caucus has partnered with the California Commission on the Status of Women and Girls (CCSWG), the California Department of Education (CDE), and The Sports Bra Project (TSBP) to host a sports bra drive starting June 20, 2022, through July 1, 2022. Our goal is to raise awareness of barriers that girls face while pursuing, or continuing to pursue, sports. 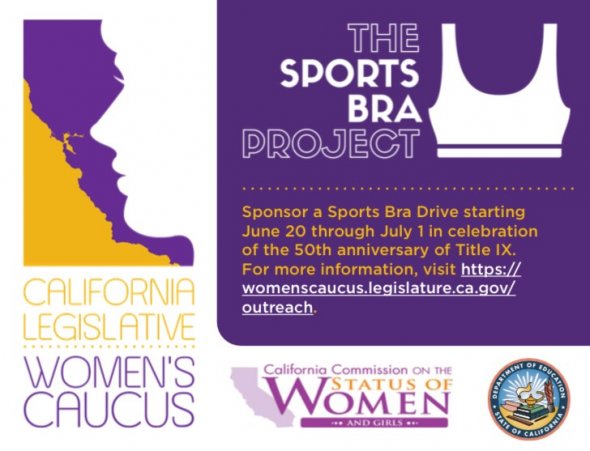 Additionally, we will be collecting sports bras at the Title IX Press Conference, hosted by Assemblymember Boerner Horvath, on the East Side (Area 27) of the State Capitol on Thursday, June 23, 2022.

The Sports Bra Project: Increase access to sports for women & girls by addressing barriers to participation and normalizing the needs and experiences of female athletes.

TSBP provides new sports bras to girls & women in areas where the lack of access to this basic piece of equipment can prevent participation in sports. While the barriers to sports participation are varied they often include a combination of cultural, economic, and logistical concerns. By partnering with organizations operating in areas where access is limited by one or all of these factors, TSBP is able to support their work and utilize the organization's local knowledge and networks to provide sports bras to aspiring athletes who may not otherwise be able to participate. Thanks to a growing network of individuals and organizations working to remove barriers to participation and increase access to sports, more than $150,000 in sports bras have been collected and distributed to sport-based nonprofit organizations operating around the world.

The Legislative Women’s Caucus has long prioritized and fought for childcare increases through both our budget and policy priorities. We applaud the increased ongoing monies allocated by both houses, specifically improving access for California’s working families.

Read the rest of the letter here.

LWC Leaders Send Letter to UC Board of Regents

We, the Democratic Legislative Women’s Caucus, write to express our serious concerns with the potential expansion of a partnership between University of California (UC), San Francisco and Dignity Health.

Read the rest of the letter here.

One Billion for Babies

(Sacramento)  - Assemblymember Cecilia Aguiar-Curry (D-Winters) rallied with childcare providers, parents and activists at the State Capitol for her Assembly Bill 2292, which expands access to infant and toddler care and “$1-Billion Dollars for Babies”, a budget priority of the California Legislative Women’s Caucus. “Together, we can build a system that is going to outlast us, so that our babies and our grandbabies have a future that is bright and filled with opportunity.” Assemblymember Aguiar-Curry said. 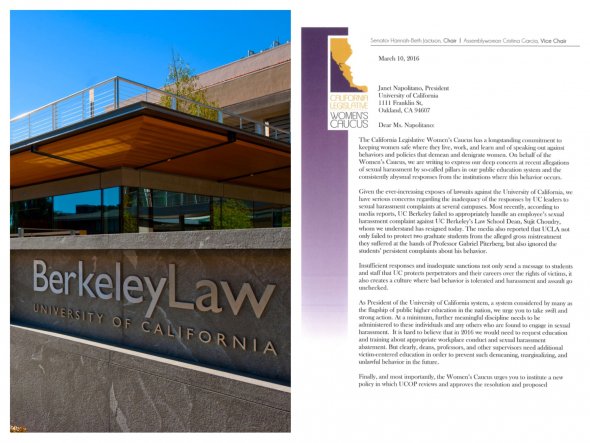 The leaders of the California Legislative Women's Caucus sent a letter today to University of California President Janet Napolitano expressing deep concern about recent allegations of sexual harassment at a number of UC campuses, calling the responses from the institutions where the alleged behavior has occured "consistently abysmal."

Rosie The Riveter at the Capitol 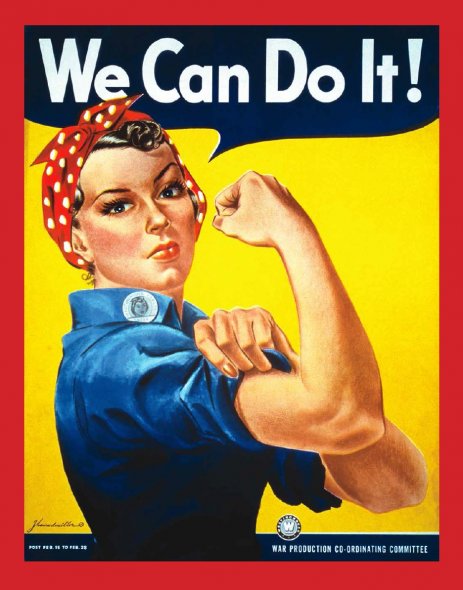 To kick off Women's History Month in March, the California Legislative Women's Caucus partnered with Governor Jerry Brown's office to host real-life Rosie the Riveters at the California State Capitol.

Eight women who worked at the Richmond shipyard during World War II were honored on the Assemly and Senate floors during session.

Women Of Color and the Gender Wage Gap 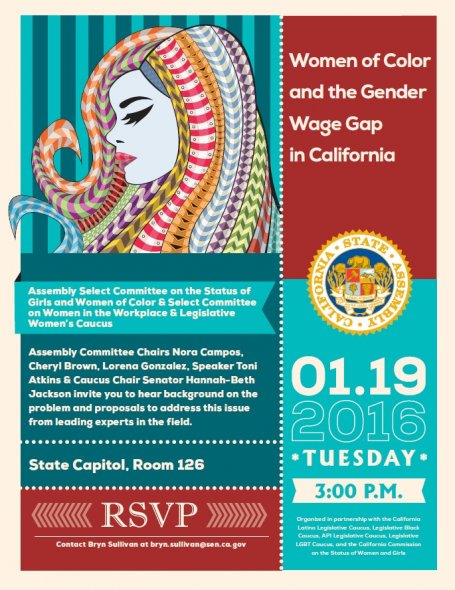 Assembly Select Committee on the Status of Girls and Women of Color & Select Committee on Women in the Workplace & Legislative Women's Caucus invite you to hear background on the problem and proposals to address this issue from leading experts in the field.

Given that fewer women are convicted of crimes compared to men, they can be overlooked for what may be ideal approaches to reduce crime and recidivism. Californians for Safety and Justice and Dr. Barbara Bloom, a professor in the Department of Criminology and Criminal Justice Sturdies at Sonoma State University, published a toolkit for policymakers and practitioners to develop a gender-responsive community justice system. Entitled, “Meeting the Needs of Women in California’s County Justice Systems,” the goal of this document is to balance the unique needs of women who are incarcerated at county facilities.

We have to make sure incarcerated women and their specific needs are not overlooked as counties and law enforcement make sweeping changes to deal with the escalating number of people they are responsible for jailing.

The Legislative Women’s Caucus with Californians for Safety and Justice hosted a briefing in Sacramento to make legislative members and stakeholders aware of this toolkit.

Women in California Leadership with the Legislative Women's Caucus hosted a screening of "The Hunting Ground," a startling exposé of rape crimes on U.S. College Campuses, their institutional cover-ups and the devastating toll they take on students and their families.  Weaving together verité footage and first-person testimonies, the film folloows the lives of several undergraduate assault survivors as they attempt to pursue - despite incredible push back, harassment, and traumatic aftermath - both their education and justice.

On August 12, 2014 the Senate Judiciary Committee held an informational hearing on Title IX.  The purpose of the hearing was to focus on the compliance efforts being made by both advocates and in schools.  Title IX is essential as it seeks to ensure girls are not subject to discrimination.  It is crucial for high schools to comply and promote Title IX and its principles.  At the hearing advocates reported on schools' compliance with Title IX and school representatives discussed, from their perspective, how they comply with Title IX, focusing on pregnant and parenting students, sexual harassment, and athletics, and obstacles they face in their efforts to do so.  We also heard about innovative community efforts to help ensure compliance with Title IX.

The Legislative Women's Caucus and Roche Molecular Diagnostics hosted a legislative staff briefing by Dr. Catherine Behrens on Screening Strategies That Help Prevent Cervical Cancer.  The briefing focused on the significance of cervical cancer as a global public health problem, the medical value of newer technology and screening strategies that may help ensure that a higher percentage of women are screened in California.

Catherine Behrens, MD, PhD, FACOG, is Senior Director for Clinical Research at Roche Molecular Diagnostics. She did her PhD research at University of California San Francisco and attended medical school at Stanford University. She completed a Residency in Obstetrics and Gynecology, also at Stanford. Dr. Behrens was in clinical practice for over 20 years and maintains board certification from the American College of Obstetricians and Gynecologists. Dr. Behrens returned to research in the women's health field, initially at Genomic Health and has been the clinical lead for HPV at Roche Molecular Systems since 2009.